It is widely assumed that AT&T's network is pretty terrible, especially when it comes to handling data. I don't disagree. But I think there's more to it, and that it has to do with how the iPhone itself is made.

Here is a little proof that data works just as terrible on Verizon as it did on AT&T. 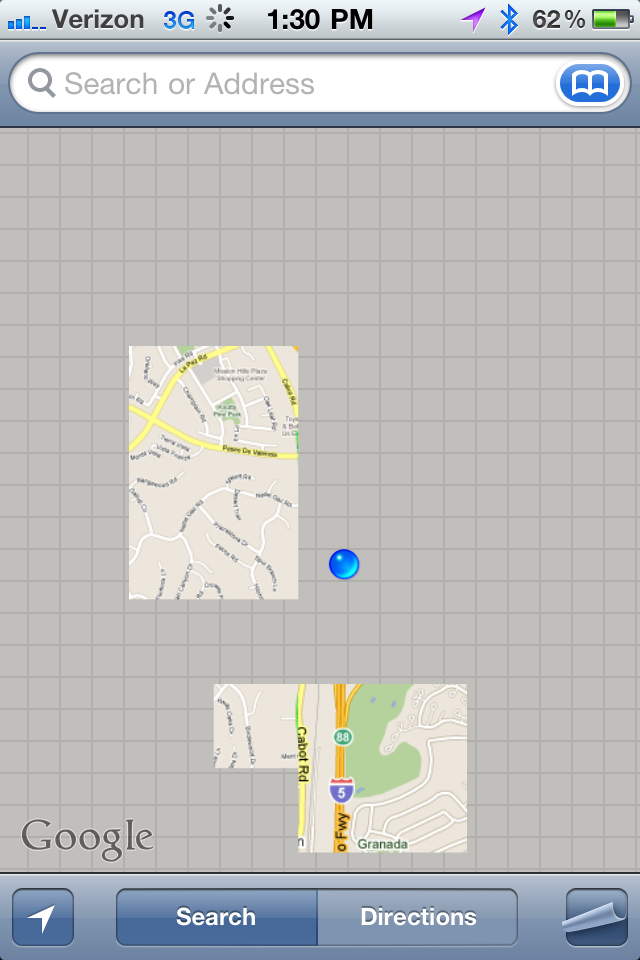 I gave it about a minute to load, then killed Maps and tried again. I didn't even get that far after that. 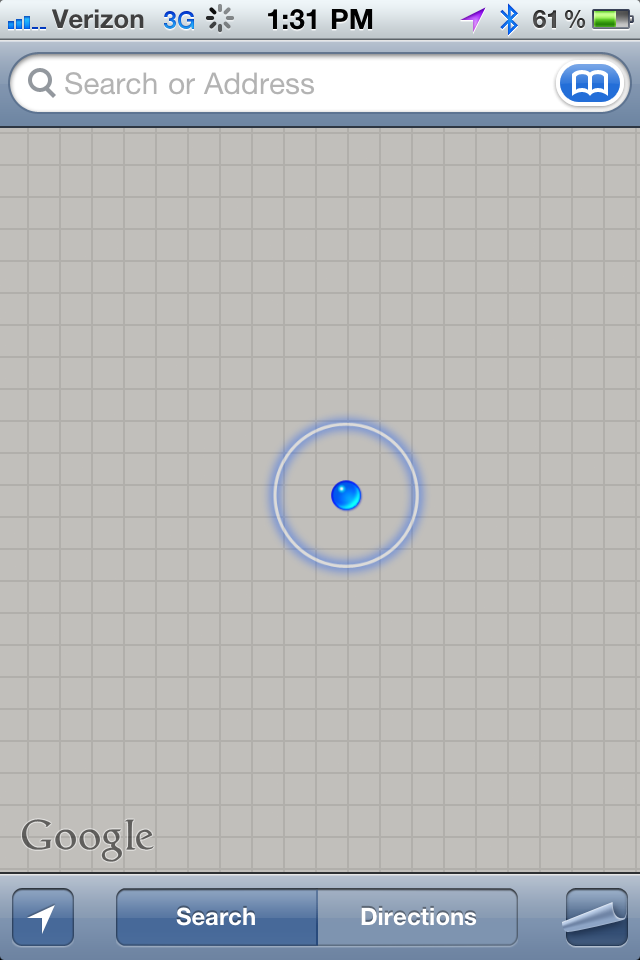 However, I haven't dropped a call since I switched a couple days ago. The only cross-carrier problem I have is data not loading, especially in Maps. I know people outside the U.S. don't seem to have the problems we have here, but there's got to be something going on with either the phone itself or how our networks are built here in the United States. Something isn't right.